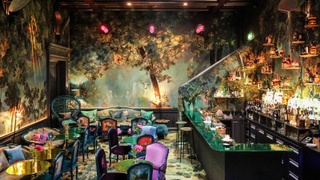 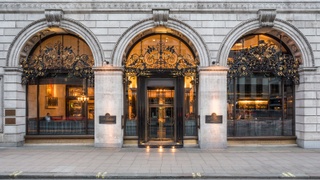 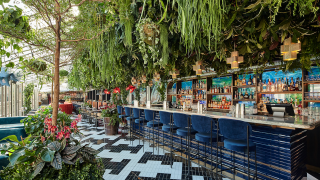 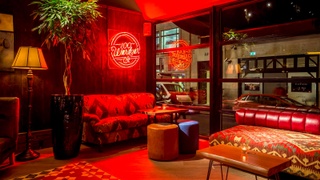 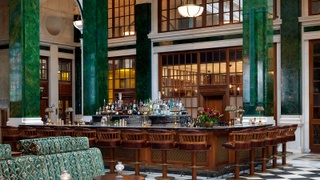 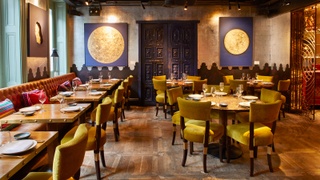 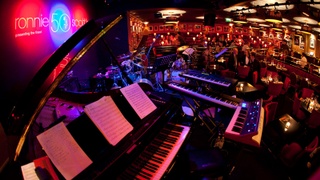 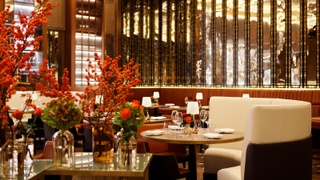 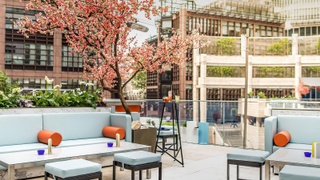 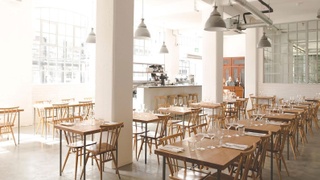 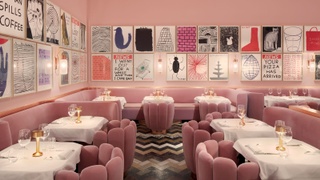 The Best Restaurants and Bars in London

The UK is reopening restaurants and bars on July 4. But where will you book your first night out? We round up the best restaurants and bars in London to drink and dine, so you can follow in the footsteps of superyachts Big Fish and Eilean by docking your yacht on the Thames and visiting London’s nightlife hotspots ashore.

Brunch is simply grander when eaten in The Wolseley’s distinguished dining room. Vaulted ceilings and monochromatic marble give the British institution an elevated European flair, but the restaurant also serves probably the best Eggs Benedict in town. Pair breakfast with a decadent hot drink such as an Affogato (espresso poured over vanilla ice cream) or a Mozart (coffee with hazelnut liqueur, hot chocolate, crème chantilly and almond flakes). Then walk off your meal with a stroll around nearby Green Park.

When is The Wolseley Reopening?

The Wolseley will begin serving guests from 5pm on July 4.

City busybodies can be found unwinding after work at this refined restaurant, which has locations in Bishopsgate and Covent Garden. The menu is inspired by South American and Japanese cuisine, so expect everything from salmon and tamarind ceviche to Kobe beef served on a hot Ishiyaki stone. The cuisine is undeniably enhanced by the vibrant interiors and buzzing atmosphere at both branches.

When is Sushi Samba Reopening?

Rock and Roll aficionados should already be acquainted with this Soho Venue. When it was known as the Marquee Club in the 1980s, legends such as David Bowie, The Rolling Stones and Jimi Hendrix performed. Crowds are drawn to witness new music acts being introduced, but chef Kim Woodward serves up sumptuous dishes too, such as pappardelle with venison ragu. The health-conscious should enjoy Woodward’s vegan chocolate and cherry parfait dessert.

When is 100 Wardour Reopening?

100 Wardour is taking bookings from August 1.

Surrounded by St Paul’s cathedral and The Gherkin, this imposing bank building from 1924 was reopened as a city-serving hotel in 2017 by Soho House founder Nick Jones. Eight excellent eateries span the historic 3,000 square metre former banking hall, but brunch at The Ned is the main event. Every Sunday, a feast is spread out across Millie’s Lounge, The Nickel Bar and Lutyens Grill for a decadent brunch. Expect unlimited servings of lobster, oysters, roasts and trimmings, plus a Bloody Mary cocktail and Mimosa trolley.

When is The Ned Reopening?

The Ned will reopen on July 4.

When is COYA Reopening?

COYA will be taking bookings from July 5.

Soho basement bar Ronnie’s Scotts has been hosting jazz nights since the 1950’s. It’s reputation has remained well in tact since then, as music lovers of all ages still descend on the speak-easy style club almost every night for music and a meal. Enjoy the tunes with a side of Imperial Oscietra caviar or Ronnie’s famous fish pie.

When is Ronnie Scott's Reopening?

Ronnie Scott's has not confirmed when it will reopen for dinners, but the first scheduled performance is due to take place on August 13.

The Grill at The Dorchester

Historic Park Lane hotel The Dorchester has seen its Grill rejuvenated with the introduction of Chef Tom Booton, the youngest ever to run the restaurant. British ingredients are used in dishes such as Cumbrian beef tartare or Prawn Scotch egg. House specialities include the lobster thermidor tart and a beautifully presented wellington, but make sure to leave space for the dessert too.

When is The Grill at The Dorchester Reopening?

The Dorchester will reopen on September 1. However, other locations from the Dorchester Collection will be reopening sooner: 45 Park Lane in Mayfair and Coworth Park in Ascot will open doors on July 4.

If you’re in the mood for dumplings, Yauatcha is the place to go. This gourmet Chinese restaurant specialises in delicious dim sum and (almost) too-pretty-to-eat sweet treats. Yauatcha is also part of the Hakkasan group, so has echoes of the sleek décor and imaginative menu seen at its sister restaurant. Try the Lobster dumpling with Tobiko caviar, ginger and shallots, followed by a mouthful of Strawberry wasabi macaron.

When is Yauatcha Reopening?

Yauatcha will reopen on July 6.

Shoreditch stalwart Lyle’s is a masterclass in modern British cuisine, using simple, traditional ingredients for maximum impact. Head chef James Lowe values seasonal cooking so the menu changes almost daily, depending on which ingredients are the best on any given day. During the summer, the Lyle’s team drives to the south coast each week to hand-pick fruit. Set inside the old Lipton factory on the Bethnal Green Road, Lyle’s is only a stone’s throw from buzzy Brick Lane and features brutalist poured concrete floors and minimalistic white elm furniture to make for quintessential East-London-cool dining.

When is Lyle’s Reopening?

Artist’s retreat Sketch has become a trendy Mayfair hangout famed for its whimsical décor. Each dining room has a distinct design theme that’s been elaborately realised through artwork and furnishings, from a forest glade eatery to a paint-splattered parlour. Visitors will likely recognise the Afternoon Tea Gallery from Instagram; a kitschy, blush-pink tearoom that looks akin to a Wes Anderson film still. The food at Sketch is just as quirky as the surroundings, with dishes like chocolate and juniper flavoured duck or a chocolate-orange Baked Alaska on the menu.

When is Sketch Reopening?

Sketch has not announced a reopening date yet. While you wait, you can listen in to Sketch Radio every Friday from 9pm, when the restaurant invites a different DJ to create a playlist for the Sketch instagram page.

For more restaurant recommendations, check out our roundup of the world's best restaurants, or get the latest issue of of BOAT International sent straight to your door.

Recipes From Hotel Chefs Around the World to Make at Home

The top 6 underwater restaurants in the world

Where to Enjoy the World's Best Oysters

The Best Home Cocktail Recipes from the World's Top Bars